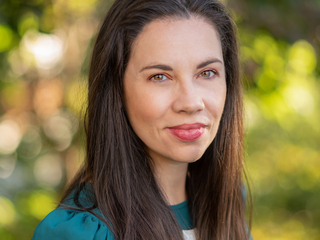 Lindsay DiCuirci, Associate Professor of English at the University of Maryland, Baltimore County (UMBC), has been selected to receive the 2020 Early American Literature Book Prize, which is awarded in even calendar years to a first monograph published in the prior two years, and in odd years to a second or subsequent book. DiCuirci’s Colonial Revivals: The Nineteenth-Century Lives of Early American Books was published by the University of Pennsylvania Press in 2019. The prize selection committee consisted of Early American Literature’s Co-Editor for Reviews, Katy Chiles; our Advisory Editor, Sandra Gustafson; incoming Chair of the Modern Language Association’s Early American Forum, Jordan Stein; and prior President of the Society of Early Americanists, Gordon Sayre, with EAL Editor Marion Rust as an ex officio member. We thank our publisher, the University of North Carolina Press, for continuing to support the award, which carries a $2,000 cash prize. It should be noted that there were more prize submissions this year than ever, due in large part to the stupendous work of EAL Assistant Editor Chinwe Morah.

“Elegantly conceptualized” and “beautifully written,” in the words of one committee member, Colonial Revivals examines how the 19th century’s relation to the past shapes contemporary understandings of early American texts in unacknowledged ways. “Many of the major texts that early American literature scholars study,” elaborates a second, “were little known to Americans of the early Republic.” “Above all,” concludes a third, “Di Cuirci illuminates the paths by which literary-historical works were lost and found, embraced and disavowed, recovered and reinvented in the period when a national imaginary was constructed, contested, and nearly destroyed.”

The five chapters of Colonial Revivals exhibit impressive range. Beginning with a revisionary reading of Hawthorne’s “The Custom-House,” the study turns to 19th-century reinventions of paradigmatic Puritan New Englanders John Winthrop and Cotton Mather. It then shows how antebellum Virginian reprintings of colonial and Revolutionary histories supported a southern exceptionalism that “sought in the prehistory of the union the roots of its impossibility,” even as African American historians of the period crafted a distinct progressive narrative (DiCuirci 23). Chapter 4 scrutinizes activist politicizations of William Penn during the Native American removal debates, as well as Quaker sectarian schisms of the same period. The last chapter reads Washington Irving’s Columbus in conjunction with the work of 19th-century Spanish antiquarian Martín Fernández de Navarrete to reflect upon the Spanish imperial archive’s relationship to ongoing U.S. expansionist efforts.

As DiCuirci puts it in her epilogue, referring in part to the labors of digitization, “the reasons and means by which we have copies of books so often relies on the ideological needs of their reproducers” (179). As such, her study poses what a fourth committee member terms a “lasting question for the field of early American studies – how should we approach our texts differently” given the circumstances of their creation? To take this question one step further, Colonial Revivals encourages readers to question the transparency of any text, including those of their own making. It is a privilege to honor DiCuirci’s inspiring work by granting her the EAL Book Prize for 2020.
0 Comments (requires login)