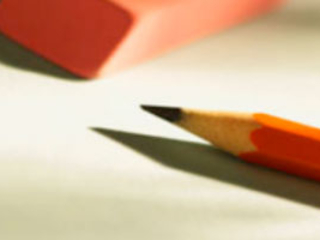 The Department of English would like to extend its congratulations to two of its students--Kaila Philo, an undergraduate student, and Deborah F. Kadiri, a former MA student who graduated in 2016. Earlier this year, their work was published in the volume, Critical Insights: Civil Rights Literature, Past & Present (Salem 2017), edited by Dr. Christopher Allen Varlack.
Philo's chapter is entitled, "Agency, Activism, and the Black Domestic Worker in Kathryn Stockett's The Help and Delores Phillips' The Darkest Child."
Abstract: "During the 1960's, nearly ninety percent of black women in the South worked as domestic servants," writes Trena E. Armstrong. Thus, domestic servitude played an important role in the lives of economically disenfranchised Black women during the Civil Rights era. In Kathryn Stockett's The Help, two maids are seemingly empowered only through their interaction with the young, white, and educated Skeeter Phelan--a narrative structure that reinforces the white savior trope. However, in The Darkest Child, Delores Phillips explores the struggles of black domestic servants from their own lens, depicting thirteen-year-old Tangy Mae's ongoing conflict as she is thrust into domestic servitude when she only desires to continue her education and to escape the system that continuously denigrates Blacks. In this chapter, Philo contrasts these women's narratives in order to bring attention to the plight of domestic servants in the South and the importance of affording Black women agency in their personal and community struggles for equal rights.
Kadiri's chapter is entitled, "Social Media Meets Social Justice: The Role of the Hashtag in the Contemporary Conversation on Race." It was selected by the publisher as a feature text.
Abstract: Shifting sociocultural currents are changing the features of the rhetoric emerging out of the national conversation on race. The union of the hashtag and the impulses of the Civil Rights Movement that today's #BlackLivesMatter Movement embodies has caused some friction between proponents of contemporary rhetoric and those who criticize it for deviating from more traditional foundations. In this chapter, Kadiri argues for the validity of the hashtag as a social justice tool in a contemporary literary landscape that depends heavily upon social media platforms for visibility and momentum. The hashtag, after all, has become a particularly influential feature in not only the dissemination of information but also the facilitation of this ongoing conversation on race, civil rights, and social justice.
0 Comments (requires login)