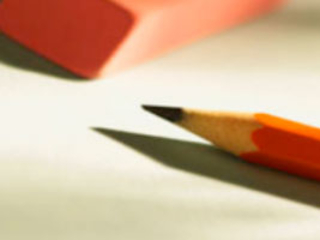 The English Department is home to a productive, award-winning faculty whose members pursue research and creative activity across the many diverse fields of English Studies today. In celebrating that work, we would like to acknowledge some of our recent accomplishments.

On June 26, Dr. Jessica Berman gave a lecture, "Trans Reading and Comparative Modernism," at the Institute of English Studies, School of Advanced Study, University of London. Later that week, she organized and took part in a roundtable on "Woolf by the Book: Reflecting on Woolf Editions and Companions," at the 28th Annual International Conference on Virginia Woolf, University of Reading, UK. In July, she also gave a paper on "Resourcing Modernism Today: Handbooks, Companions, Guides," on a panel on "Packaging Modernism Today," at the Modernist Studies Association Conference, Amsterdam.

In July, Professor Corbett was the subject of a column in the San Francisco Chronicle celebrating the role of the Pony Express in linking California with the rest of the nation in the early 1860s. To read the article, please visit http://www.sfchronicle.com/bayarea/article/How-the-Pony-Express-linked-an-isolated-SF-to-the-11306475.php He was also a panelist in June in Kansas City on a panel discussion about Mark Twain in the 19th century West. The panel was sponsored by the Western Writers of America's annual meeting that also feature the writer William Least-Heat Moon, author of Blue Highways.

Professor Michael Fallon's non-fiction essay, "The Woman in the Window," was accepted for publication by the Concho River Review.

Dr. McKinley will present a paper, "The Survival Table in Boccaccio's Decameron 5.9," at the 4th Annual Conference on Food History and Culture, "The Table of the Senses and the Senses of the Table," to be held at the Centre of Classical and Humanistic Studies/Food Heritage/DIATA, University of Coimbra, Portugal from October 25 to 27, 2017. She has also been invited to present a lecture on her book on Chaucer and Boccaccio in the lecture series of the Grellet & Dorothy C. Simpson Program in Medieval Studies at the University of Mary Washington in Fredricksburg, VA, in March 2018.

Professor Purpura was on faculty this summer at the Chautauqua Writing Festival. She has a contract for a new collection of essays (as yet untitled) due out in 2019 with Sarabande Books. New poems and essays have appeared or are forthcoming in Agni and Tin House. A broadside of her Pushcart Prize winning essay, “Scream, or Never-Minding,” will be issued in October from Washington College, where she will give a reading. Haystack School of Crafts recently published her monograph “In the Presence of Makers” (which included a photo by UMBC student Jane Lee). She was the recipient of a Dresher Center Scholarly Completion Grant last spring.  She recently performed with the Poulenc Trio at Dumbarton Oaks in Washington, DC.

Dr. Christopher Varlack's book chapter, "'Towards a Trans-Atlantic Approach: Tracing the Modernist Psychodrama and Wasteland Critique--The Poetry of the Political Imagination," was published in Writing the Harlem Renaissance: Revisiting the Vision (Lexington), edited by Emily Allen Williams. This summer, he was invited to serve as the Special Topics Chair for African-American Literature for the 2018 College English Association Conference in St. Petersburg, FL. He will organize all African-American literature panels for the conference, helping to orchestrate the dynamic conversations of texts, history, and popular culture that attendees look forward to each year. He also accepted an invitation to serve as Program Director for the 2018 Society for the Study of American Women Writers (SSAWW) Triennial Conference in Denver, CO.