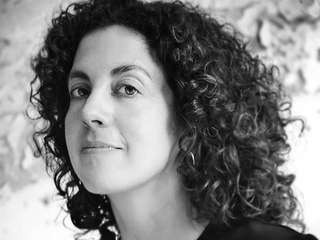 Baltimore Magazine recently released its “Best of 2016” edition, which highlighted leaders in arts and culture from across the city over the past year. Lia Purpura, Writer in Residence in UMBC’s Department of English, was named Baltimore’s top poet.

The magazine states: “In It Shouldn’t Have Been Beautiful, her latest collection published this year, Purpura impressively delivers poignant insight into our existence without pomp and circumstance. Her verses are little gems with short stanzas and an absence of flowery language, but that doesn’t make them any less profound. Instead, Purpura . . . proves how meaningful simplicity can be.”

Purpura has also been awarded a Pushcart Prize for her essay “Scream, or, Never Minding,” which was originally published in The Georgia Review. Also receiving recognition last month was Purpura’s poem “Resolution,” which was featured on The Academy of American Poets website as the national “Poem-a-Day” on August 8.

Lia Purpura’s work frequently appears in The New Yorker, Orion, The Paris Review, Best American Essays, The Iowa Review, and other national journals. Among her numerous honors are a Guggenheim Foundation Fellowship, National Endowment for the Arts and Fulbright Fellowships, and four Pushcart prizes. Her collection of essays, On Looking was a finalist for the National Books Critics Award.

We offer our congratulations to our Writer in Residence, Lia Purpura, for this outstanding recognition of her work.