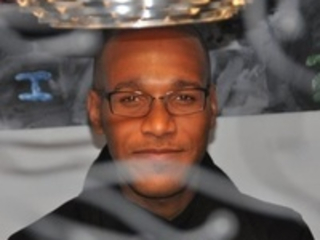 On Wednesday, October 25, 2017, Dr. Rafael Walker, Visiting Assistant Professor, will be the featured speaker at the English Department Colloquium from 12:00 to 1:00 PM in the Performing Arts and Humanities Building, Room 428. His talk is entitled, "How American Novelists Remade Literary Realism."
Synopsis: Standard outlines of American literary history will give you the impression that realism in this country died out at the end of the nineteenth century--interred with writers like William Dean Howells and Henry James, and replaced by the edgier movements of naturalism and modernism. This view of the literary landscape of the period, however, is just plain wrong. Concentrating on the second generation of realist writers in the United States, this talk introduces its audience to the fascinating innovations that occurred as novelists drew on the elements of post-Civil War America to transform the classical realist novel. Specifically, it brings to light how American writers were doing for literature what American philosophers were doing for philosophy: they exchange the self-enclosed liberal individual of the previous era for a being more appropriate for an age characterized by "the regress of self-sufficiency and the progress of association," as one contemporary economist had it. Through this artistic coup, these novelists founded the first distinctly American version of literary realism, which hinged on a new understanding of the relation between women and desire.
Biographical Statement: Rafael Walker is Visiting Assistant Professor of English at the University of Maryland, Baltimore County. Before coming to UMBC, he taught at the University of Pennsylvania. A specialist in American and African American literature, he is at work on two different projects. One project constitutes the first historicist attempt to account for the differences between the American realist novel and its English predecessor; the second seeks to create a distinct space for biracial fiction beyond the prevailing monoracial paradigms into which it is almost always assimilated. Dr. Walker’s essays have appeared in leading journals, including Genre, MELUS, and Studies in the Novel. An essay derived from his second project–“Nella Larsen Reconsidered: The Trouble with Desire in Quicksand and Passing“–was awarded the 2016 Crompton-Noll Award for Best Article in LGBTQ Studies by the Modern Language Association’s Gay and Lesbian Caucus. In addition to his academic research, he also occasionally writes about pressing issues in higher education—faculty diversity and free speech among them.
This event is sponsored by the Department of English.
Note that the previous announcement erroneously listed the location as PAHB 418 when it will take place in PAHB 428.
0 Comments (requires login)