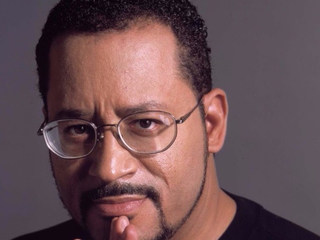 In "The Black Presidency," Michael Eric Dyson--radio host and University Professor of Sociology at Georgetown University--will explore the role of race in shaping Barack Obama's identity and groundbreaking presidency. With the overwhelming number of tragic deaths of young Black males at the hands of police offers, President Obama has had to deal publicly with race in ways previous presidents have not. What can we learn from Obama's remarks, major speeches, and responses to recent incidents about his approach to racial conflict? Dyson explores issues of identity, race, and culture by listening to President Obama's own voice as well as those closely surrounding him.
This public lecture is part of the Obama Effect 2.0 Conference at UMBC. The event is sponsored by the American Studies Department; the Dresher Center for the Humanities; the Language, Literacy, and Culture Program; the African Studies Department; the Sociology, Anthropology, and Health Administration and Policy Department; the History Department; the Global Studies Department; the English Department; the Media and Communication Studies Department; and the Student Life's Mosaic: Center for Culture and Diversity.
1 Comment (requires login)