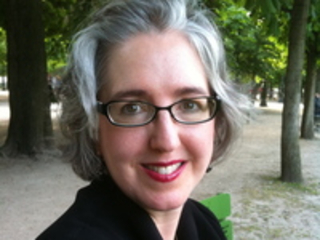 “Some wine, ho!”: Shakespeare, Women, and the Story of English Wine
What did Shakespeare’s contemporaries drink and what did they think about it? If we think about Renaissance beverages at all, we tend to link Renaissance England with beer. But wine was everywhere in Shakespeare’s plays and Shakespeare’s England.  More than a beverage, it was invested with all kinds of significance. It was also a problem because it was usually imported, expensive, and spoiled. This talk explores the untold story of English wine and, in particular, the contributions of Shakespeare and women to that story. To help us understand the English dream of growing their own grapes and making their own wines, Frances Dolan will range from Shakespeare’s London to colonial Virginia, from the sixteenth century to popular depictions of that period today.
Frances E. Dolan is Distinguished Professor of English at the University of California, Davis. A former president of the Shakespeare Association of America, she has edited six Shakespeare plays.  She is also the author of five books, most recently Twelfth Night: Language and Writing (2014) and True Relations: Reading, Literature, and Evidence in Seventeenth-Century England (2013), as well as numerous essays on a wide range of topics. She is an award-winning teacher and welcomes the chance to meet and learn from students.
This event is sponsored by the Dresher Center for the Humanities, Medieval and Early Modern Studies, the History Department, the English Department, and Gender and Women's Studies.
0 Comments (requires login)